In 2014 I came to realise that a lot of disparate thoughts around the biology of aging were linked with a lot of the ideas we were developing in my astrobiology research. If that synthesis was right, an idea I had first come across in 1993 might be a way to address some of the chemical damage done during aging. In 2015 I put all this together. In early 2016 two other visionary angel executives – Ann Baker and Sunil Shah – thought my ideas worth backing, and we founded Five Alarm Bio. 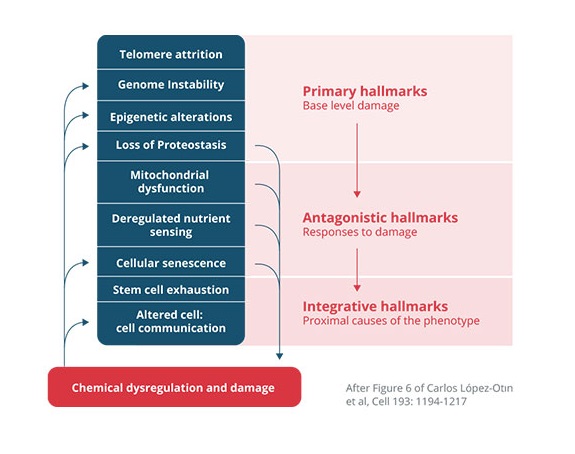 We are working to try to boost the body’s own defences against the damage of aging, especially chemical aging. In a well-known paper, Manuel Serrano and his colleagues listed nine types of failure that happen in our cells and bodies as we age, which he called the Nine Hallmarks of Aging. We believe that most of these are either caused by chemical damage or cause chemical damage.

As with so much of modern bio-medical science, most scientists have focused on molecular biological causes, mechanisms and treatments for the disabilities of aging. We prefer an old-fashioned chemistry approach.

The advantage of following a different path from everyone else is that there is less competition. The disadvantage is that it is a lonely place to be. I spent much of 2017 and 2018 in the lab doing some preliminary experiments to test our ideas. The results are still confidential, but they look promising. I hope that they will be enough to convince others to join us in a chemical assault of the diseases and disabilities of old age.

See our web pages here for more on the Company.